The Shuttle - Some Answers 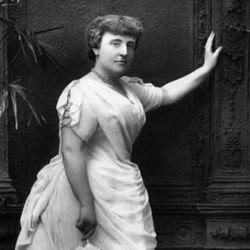 Recently I posted about abridged novels (link here) focusing  primarily on the Persephone edition of the Shuttle by Frances Hodgson Burnett. Thank you to everyone who commented and offered their opinions. It's surprising how this has struck a chord with so many people.

It was precisely because I had such an interesting response that I decided to contact Nicola Beauman at Persephone Books. She promptly responded. However, being quite busy because of the upcoming Christmas season (there are only two of them in the shop), she was unable to check her notes to recall exactly what was cut off from the original text. But she did tell me the reason why they abridged it. None of you guessed that it was purely a cost issue. Apparently The Shuttle was only affordable if they cut it slightly as it costs more than £3 a copy to print as it is. Imagine that! You'll all be glad to know that it is also the only Persephone book that is abridged.

(endpaper from the Persephone edition of the Shuttle)

It's curious how everyone was speculating about what exactly was cut off. Romain at Library Thing has read the original book and she thinks they played down the god-like adoration everyone had for Bettina Vanderpoel which I admit at times seemed over the top. She was much admired by peasants and peers in the book and Romain mentioned there are several chapters written in purple prose devoted to doting peasants bowing and scraping.

... she stopped the carriage before old Doby's cottage... and Doby, standing up touching his forelock and Mrs Welden curtsying, gazed at her with prayer in their eyes..."  (page 283 of the original edition)

Digfish at Library Thing then pointed me to the Gutenberg website where one can dowload the entire original text. Here's the  link. Upon first inspection, there are 50 chapters in the original in contrast to 25 in the Persephone edition. However, it does seem that Persephone merged two chapters into one several times. The PE edition has 476 pages while the original has 512. That's pretty close even considering they had to use a different typeface.

I didn't have time to go through the entire text. I just went through the first chapters comparing it to my copy and I soon observed a chunk that was definitely cut from the new edition. Upon arrival in London, Bettina visits Mrs. Worthington and has a discussion about the Tower of London and Lady Jane Grey. In fact, the title of chapter nine is called Lady Jane Grey. This entire part is cut off from the Persephone book.  I also noticed that upon alighting from the train at Sir Nigel's village, there are a few paragraphs devoted to the station master's impressions of Bettina and her beauty. These were slimmed down to just a few sentences in the new edition.

As Nicola mentioned, they only cut it slightly and I now see that what she omitted was carefully selected paragraphs here and there (more likely ornate and flowery prose) that don't destroy the gist of the novel. It seems the cuts were necessary to enable it to be published again and allow a new generation of readers to enjoy it. Honestly, in spite of being familiar with Frances Hodgson Burnett, I don't think I would have heard of this forgotten novel if Persephone hadn't republished it. I think I'm quite satisfied with the knowledge I've gathered and I do forgive Persephone for abridging it. It's a wonderful edition on its own and as I said before I didn't think it was lacking in any way.

In other news...and wonderful news it is, according to Nicola, Persephone will next publish Dorothy Whipple's Greenbanks and after that, Because of the Lockwoods. Isn't that exciting?
Email Post
Labels: Frances Hodgson Burnett Persephone books The Shuttle