Fidelity is a heart-breaking and intelligent novel written in 1915 by Susan Glaspell, a largely forgotten Pulitzer prize winning author and playwright.

The story follows the life of Ruth Holland, a woman who leaves her small midwestern town with her married lover and the repercussions and consequences that occur afterwards. Eleven years later, Ruth returns home to tend to her sick father. Though years have passed she still faces the censure and snubs of her former friends and neighbors. Ruth finally starts to reflect on the decision she made years earlier. Was it worth giving up her family and friends to marry a man she believed she loved? What is ultimately more important, love or society? 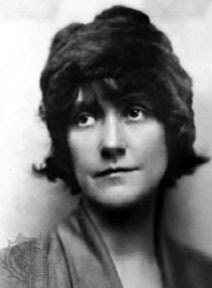 Fidelity is unique because it's a novel about marital infidelity that focuses on 'the other woman.' What her emotions are, what she has left behind to run away with a married man. Returning to Freeport, Ruth realizes how much she has actually given up, how much she misses her family and her friends. The love she now has for her lover is not the same as it was eleven years before. From an all-consuming affair it has now settled into a companionable relationship although sad at times for the lack of children and the difficulties of being shunned by society for 'living in sin. Ruth's separation from her lover while visiting her hometown gives her an opportunity to reflect on her life choice and whether it was the right one after all.

This is not a fairy tale novel. It is so realistic in conveying the emotions of everyone involved including Ruth's friends, family, her lover's wife and especially of Ruth herself. Susan Glaspell's message is 'to be true to oneself.' and that is what the word 'Fidelity' refers to in the title of the book. This is a very powerful novel. It's hard to believe that it's been out of print for so long and it's wonderful that Persephone Books has resurrected it for a new generation of readers.
Email Post
Labels: Persephone books Susan Glaspell